The ketchup song was the big summer hit in 2002. Everybody was doing the ketchup-dance, probably your parents too while you were fast asleep in your cribs. If you can dance it today, you will get extra credits!!!! The words are actually a mix between English and….? And some words aren’t even real word but nonsense. (Spanish)

This is a song by the famous hip-hop artist Eminem. It’s also from the soundtrack of the film ‘8 mile’. Who was acting the leading role in that movie? (Eminem)

In the end of 2004 this was kind of a big hit. It was also the product of a TV-show that aired for the first time this year. Since then, there has been a new season almost every year, and a new song as well. Some artists who had their breakthrough in this show are Darin and Lisa Ajax. What’s the name of the TV-program? (Idol)

This artist, Elena Paparizou, is Swedish, at least partly. This year she chose to compete in the Eurovision Song Contest representing her other country and she won. Which is her other country? (Greece)

This is the English version of the tribute to Zlatan sung by a 7-year-old-boy named Frans, who later had a big hit with “If I were sorry”, and the group Elias. How many times has Zlatan received the award “The Golden ball” in Sweden? (11)

This is a song sung by Rhianna and Jay Z and it was a big hit in 2007. Rhianna is a very successful singer who had her breakthrough in 2005. She sings in English, but which English-speaking country in the Caribbean is she from? (Barbados)

This song is recorded by Beyoncé, one of the biggest artists of our time. She happens to be married to another very big artist, who? (Jay Z)

In this year Lady Gaga had several hits, this being one of them. Lady Gaga is of course not her real name (it’s Stefani Joanne Angelina Germanotta), but her stage name. The song Radio Gaga by a famous rock group, popular in the 1970’s and 80’s, influenced her to pick Lady Gaga as her stage name. What’s the name of that group? (Queen)

This is a song by the Swedish singer and songwriter Robyn. Robin had her breakthrough in Sweden when she was only 16 years old. Nowadays she’s famous in many countries, USA being one of them. In 2010 Robyn made a guest appearance in a very popular TV series that takes place in New York, a series about young people and lots of rumours. Which series? (Gossip Girl)

This is Avicii whose real name was Tim Bergling. One of the most highly ranked DJs and music producers of our time, who tragically died earlier this year. In the documentary Avicii: True stories the viewers get painfully aware of the health issues that Avicii suffered from that eventually led to his death. In his career Avicii released two albums, can you name one of them? (True, Stories)

This song is sung by Pink and the singer Nate Ruess. He’s a member of an American band and I would like to know the name of the band. It’s an adjective and it’s something you’re having right now. (Fun)

Ace Wilder is a Swedish artist who grew up in Florida. She has been writing songs for other artists, but this year she decided to perform with her song Busy doing nothin’ in the Swedish song contest Melodifestivalen. Where did the song finish in the competition? (2nd)

This song was played over and over again after its release in January this year, 2015. It’s sung by the artist Ellie Goulding and one of the co-writers is actually the Swedish artist Tove Lo. The song is also from a soundtrack, for which movie? (50 shades of Grey)

In 2016 Justin Timberlake had a comeback with this song, ”Can’t stop the feeling”. Justin started his career in a boy band that eventually became one of the best selling boy bands of all time with more than 50 million albums sold. What’s the name of the band? (NSYNC)

Ed Sheeran is an English singer/songwriter born in 1991. Besides his albums he has also written for songs for the band One Direction, and in 2013 he also wrote the soundtrack for a movie in the fantasy genre. The movie, that was number two in a series of three, became a blockbuster. What is the name of the movie? (The Hobbit / The Desolation of Smaug)

This is Drake, the successful Canadian rapper who started out as an actor on the television series Degrassi High: The next generation. The song God’s plan is Drake’s fourth number one Billboard hit. The music video for this song was recorded in Miami, and in the video we see Drake giving away a large amount of money to charity/random people. In the beginning of the video we learn that actually the entire budget of the video was given away. Approximately how big was this budget? ($996,631.90 / 1 million US dollar) 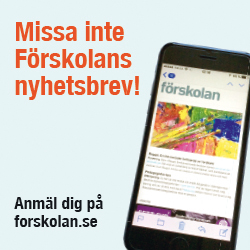